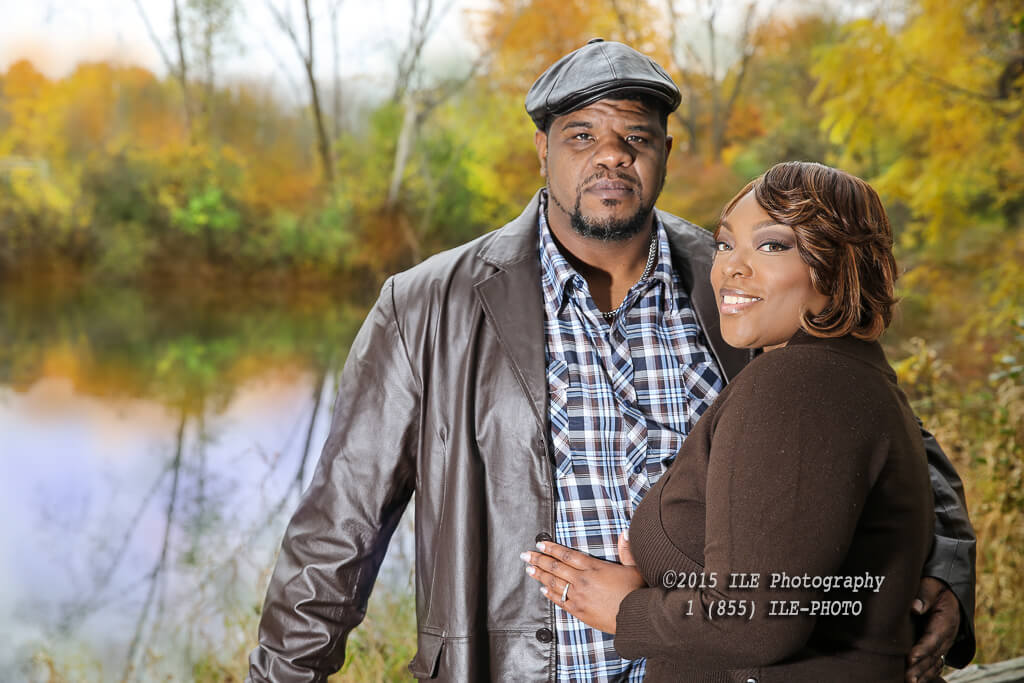 Marie and Marcus met in 2009. Marcus said it was love at first sight for him! They ran into each other at Walmart where Marcus was then employed. Marcus told his co-worker and friend that he wanted to talk to Marie but she always came in the store looking mad.

One day, Marcus finally came up to Marie because he wanted to make her smile. He said he was nervous so to break the ice he started telling jokes. Guess what? It worked….he put a smile on her face. It took awhile before he asked her for her phone number but he did through a mutual friend. Finally she came in the store again and he asked her on a date.

Marie agreed to go on a date with Marcus but after the date told him she had met someone else. Marcus was heartbroken.  A year went by and in October 2010 Marie came in the store and she didn’t see Marcus or had heard from him in awhile so asked his friend about him. The next day Marcus contacted her while she was at a conference and he asked her to come over for dinner. Marie accepted the invitation for dinner as the other guy didn’t work out. Sweetest Day 2011 they officially became a couple. They took their first road trip to Mackinac Island and have been inseparable ever since.

In May 2013 while at a family holiday camping trip, Marcus proposed to Marie in front of both of their families. Marie said she loves that Marcus loves her unconditionally. She said she is happy that God sent him to her! Marie also said they love going to the movies and cooking together, they love to travel and he makes her laugh all the time! She said this is what she prayed for….TRUE LOVE!

On April 25, 2015 the couple will vow their love before God, friends and family and they both can’t wait!,

12 Comments on “Love Story of Marie Deans and Marcus Bean”

Plan an incredible wedding that everyone will remember for years to come!

Are you ready to plan the perfect event?

Contact us to discuss your ideas and vision – let us help you plan the event of a lifetime!