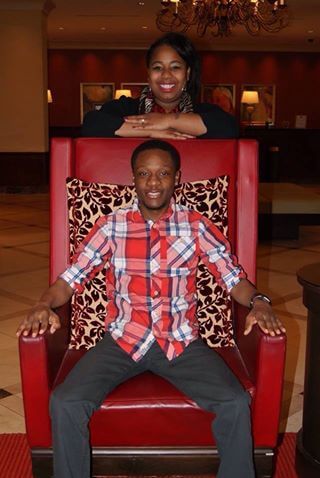 Tashira and Christopher met in a vehicle with mutual friends. They both decided to sit in the car because they didn’t want to eat at someone’s house they didn’t know. They began to have great conversation and Tashira asked Christopher if she could hack his Instagram page. He said yes, of course!  From there he began to “Like” her pictures and she returned the favor. Christopher asked her if she had an “Facebook” page and she said yes. They became friends on Facebook and he sent his phone number in a message expecting her to call.

Tashira decided not to call but instead replied to the message with her phone number. They spent countless hours on the phone and spent lots of time with each other. When you saw one, you would see the other.  They were inseparable! Christopher and Tashira got engaged on May 15, 2014. They were married on August 1, 2014. They are renewing their vows and having a wedding ceremony on May 23, 2015. This is just the beginning of their love story…..

Plan an incredible wedding that everyone will remember for years to come!

Are you ready to plan the perfect event?

Contact us to discuss your ideas and vision – let us help you plan the event of a lifetime!